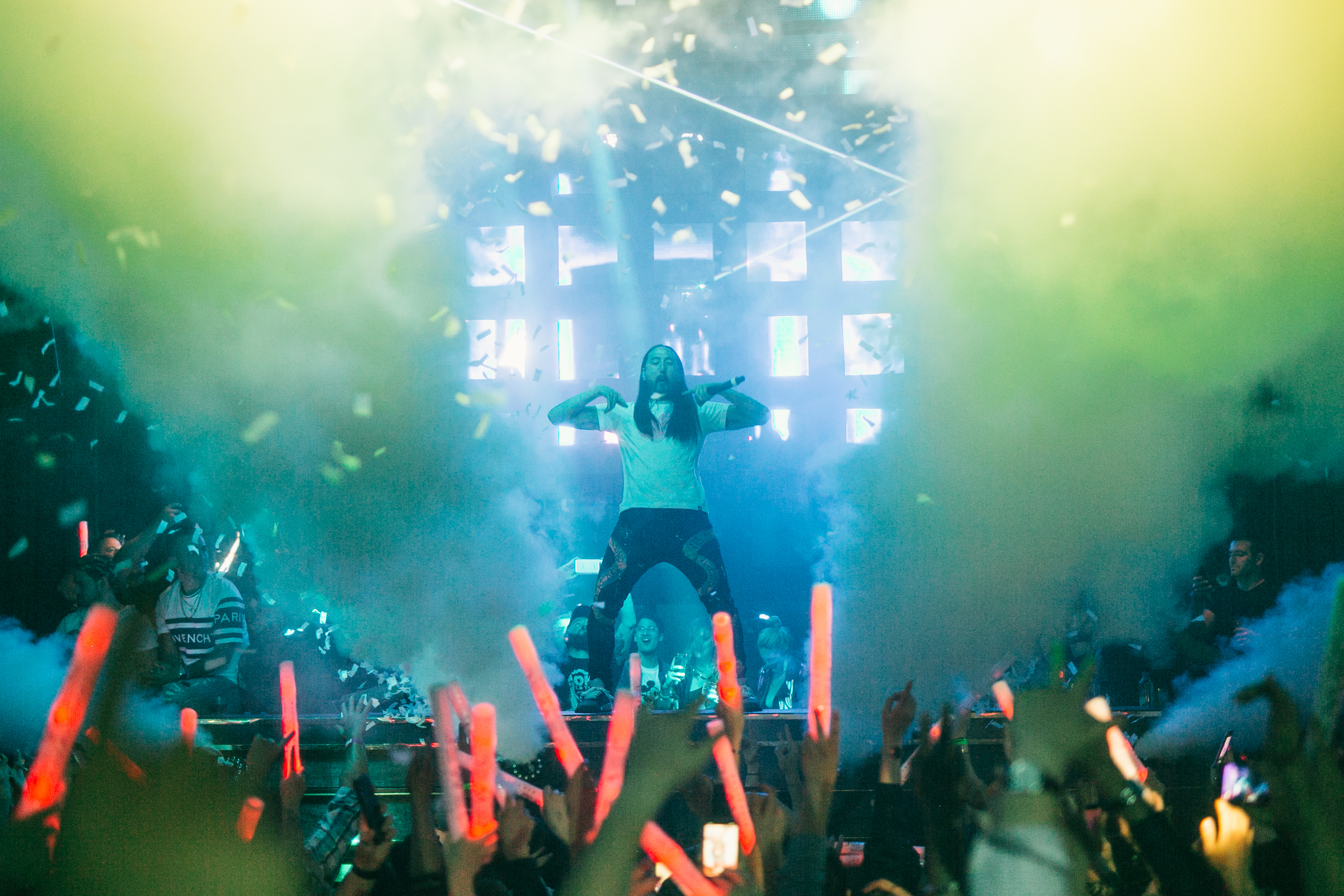 Exciting anticipation was met with relief as Electric Daisy Carnival announced their 2019 artist lineup for the upcoming festival in May. Arguably the most memorable experience for concertgoers around the globe, EDC’s stacked roster includes JEWEL Nightclub’s own Steve Aoki and Party Favor. Riding the neon wave, JEWEL unleashed their heavy hitting talent pool set to perform during electronic dance music’s iconic week with an A-list roster as well.

Fresh off his release “Ring the Alarm,” Nicky Romero shifts course to bring the momentum to Las Vegas with a massive performance at JEWEL Nightclub on Thursday, May 16. Followed by Dreamwall regular, Justin Credible, on Friday, May 17, JEWEL’s push for both upcoming and established acts continues.

Another big name will be on the decks on Saturday, May 18, as Party Favor’s diverse and fast-moving set comes to ARIA’s premier nightlife destination. Finishing strong amongst the madness is Steve Aoki, whose Neon Future atmosphere ignites dancefloors and crowds alike on Monday, May 20. For tickets, bar cards and VIP bottle service packages to undoubtedly the best party on The Strip during EDC, please visit this link.